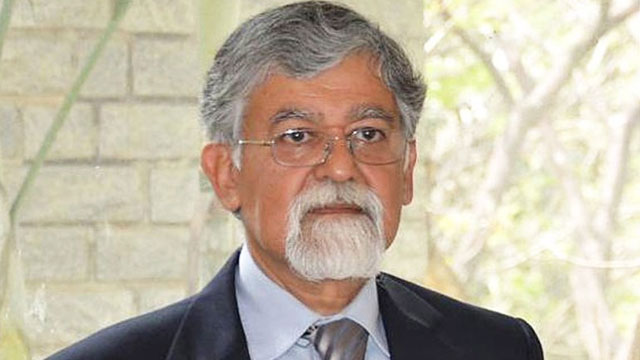 Amid Invasion Threats India Needs A Defence R&D Commission to Propel Atmanirbhar Defence Production and R&D
-Dr Arvind Virmani,Founder Chairman, EGROW Foundation (Foundation for Economic Growth and Welfare)
"GST should be extended to all oil and gas products, with special cess or excise on petrol & diesel"

Intro: This week Indiastat brings you an exclusive interview of Dr Arvind Virmani, Founder Chairman, EGROW Foundation (Foundation for Economic Growth and Welfare) who shares a deeper insight into how India can better stride towards a sound economy, safer borders, jobs and MSMEs recovery; and also energy strategies towards combating climate change. Speaking to Senior Journalist Mahima Sharma, the former Chief Economic Advisor to the Indian Government, Dr Virmani also highlights the need of the Bharat Net and Digital India plans to extend broadband connectivity to every village in India so that all primary health centres, primary schools and public service offices have internet connectivity to ensure e-medicine, e-education, e-skilling and e-service to every rural child/youth. Take a read into the full interaction…

MS: Considering the Global Economic Scenario due to the Russian invasion of Ukraine, major market fluctuations and the falling Rupee value, what immediate economic strategies does India need to adapt, so as to stay on track of economic recovery post the pandemic downfall? (Global economists have predicted India's economic downfall, revising the GDP growth to slightly above 7 per cent than the expected 9 plus per cent)

AV: The main negative effect of the Russian invasion of Ukraine on the Indian economy is through the rise in oil prices and the associated increased trade deficit. The effect of a rise in other commodity prices on the Indian economy is likely to be minimal or even positive on balance. Oil price rise will be absorbed by a combination of lower profits of oil companies, a rise in fiscal deficit and rise in consumer prices. The net effect is a slower recovery in private consumption, re-emphasising the need for GST simplification & “revenue negative” reform. The effect on growth will be a couple of basis points, which can be countered by renewed effort to attract supply chains from China and Russia to India, and to increase exports to oil exporting countries.

MS: While Russia invades Ukraine, the CHINA THREAT looms large at the Ladakh and Arunachal borders. India also awaits better modernisation of its defence forces. What's your overall take on the border security situation of India in comparison to its economic situation?

AV: According to a Chinese academic, India has the best mountain Army in the World. I am confident that India can meet the challenge of any invasion across the Northern border. We, however, need to set up a more organised system for promoting Atman Nirbhar Defence production & R&D, by setting up a Defence R&D commission.

MS: Agriculture was one sector that played a crucial role in the economic recovery of India. But with the Russia-Ukraine conflict, the global commodity markets are in a tizzy. Already reeling under pressure from higher fuel prices, the farming costs, distribution cost etc might further kick up the food inflation to double-digit territory. What steps does the government need to take to tame the food inflation which will drastically affect the masses?

AV: Agriculture experts are a net positive for us, not a negative factor. Given the rise in world wheat prices and the large excess stocks in FCI godowns, there is a golden opportunity to reduce these stocks, through exports. This will reduce the carrying costs (interest & storage) and thus reduce fiscal costs. The PDS system is there to ensure that 1/2 the urban & 2/3rd of the rural population is protected from any food grain inflation.

MS: Amid the current economic chaos, further job loss is expected. What would be your advice to the government at one end and to the masses on the other (what kind of financial management and future planning do the masses need to do at their end)?

AV: I expect job recovery, NOT further job losses. There will be a boom in “Contact Services” starting April 2022, which will quickly restore the jobs which still remain “lost” since the start of the Pandemic. This job recovery will also help in correcting the gender imbalance that has been created by the pandemic.

MS: Though the investment inflows and the export markets have recovered, private consumption is yet to recover fully. People have either less money on their hands or have no jobs. What kind of reforms are needed to boost the recovery of consumer markets?

MS: Covid, lockdown hit MSMEs hardest, their bad loans spiked Rs 20,000 crore in 2020-21. What strategic steps are needed to provide the desired impetus to the sector?

AV: The best way to help MSMEs is to simplify and reform the tax system. The 2019 reform of the corporate tax system, needs to be matched by the promulgation of a new Direct Tax Code, to level the paying field for MSMEs. Simplification and reduction of import tariffs on inputs and intermediate goods will promote export of labor-intensive goods by MSMEs, and simplification of the GST, including Cesses, will reduce compliance costs for MSMEs, making it possible for seamless provision of bank credit and refund of GST credit to exporters.

MS: The crude oil price has touched 130 dollars a barrel. Now it is feared to go past 150 dollars within a few weeks, or even 200, depending on how the conflict in Europe progresses. Signs of economic distress are palpable back home, where the burden will be borne severely by the masses. Will bringing fuel under GST be a solution to reduce the shock? Else what other policy may work?

AV: Crude oil price is very volatile, because of the uncertainty created by Ukraine related sanctions on Russia. Oil had declined to $100, but has again risen to $110. These increases have not been passed on to consumers so the burden has not increased yet. The burden of higher prices will have to be shared by the Govt, the oil companies and the consumers, if prices remain above $100 for a prolonged period. GST should be extended to all oil and gas products, with special cess or excise on petrol & diesel to ensure that revenue declines only modestly.

MS: What kind of strategy is needed to fast phase out coal energy as the source for re-charging the EVs and also for safe disposal of the EVs waste which would be high in heavy metals like lead?

AV: Solar power and nuclear power must replace coal power and petrol-diesel in the transport sector. The share of EVs will increase steadily, but this must happen naturally by providing incentives and dis-incentives, and not by banning IC engines. Carbon credits should be used as incentive -disincentive mechanism, with a market for carbon credits set up to determine a market price for such credits.

MS: Skilled masses versus illiterate masses - there is a deep divide in India, which claims to be reaping the benefits of a fast upgrading digital technology. What steps need to be taken to bridge this divide amid the vast economic divide?

AV: The Bharat Net and Digital India plans to extend broadband connectivity to every village in India. The Government must ensure that timelines are met and every village in India has broadband connectivity. Central & State Govts must ensure that all primary health centres, primary schools and public service offices have internet connectivity. Schemes must be used to provide e-medicine, e-education, e-skilling and e-service to every rural child/youth. This will also help raise the quality of education & health.

The Founder Chairman of EGROW Foundation has his expertise in Macroeconomic Policy, Finance, International Trade. Dr Arvind Virmani is also the President of the Forum for Strategic Initiative (www.fsidelhi.org) and of Chintan. He served as a member of the Technical Advisory Committee of RBI on Monetary Policy from February 2013 to August 2016, as Mentor (Public Policy) to FICCI during 2015-16 and 2016-17. He was till end-2012, Executive Director at the International Monetary Fund (IMF), Washington DC, representing India (as its Ambassador to IMF), Bangladesh, Sri Lanka and Bhutan.

He has been an advisor to the Indian Government at the highest levels for 25 years, including as Chief Economic Adviser, Ministry of Finance and Principle Advisor, Planning Commission. During this period he advised on a host of economic policy reforms, as Chair of committees on Public Debt management and Customs duty reform, member of numerous committees and over a hundred policy papers and notes. He also served as Member, Telecom Regulatory Authority of India (TRAI) and the Appellate Tribunal for SEBI Act, Chairman, Board of Trustees of SBI Mutual Fund, and Director on the Boards of several financial institutions [LIC, PNB, Allahabad Bank and UTI (Trustee)]. In between he directed the Indian Council for Research on International Economic Relations (ICRIER) as its Chief Executive and was Affiliate Professor, George Mason University (and Distinguished Senior Fellow, School of Public Policy - CEMP, GMU).

He has published 33 journal articles and 20 book chapters in the areas of Macroeconomics, growth and finance, International trade & Tariffs and International relations. His books include, The Sudoku of India’s Growth ( BS Books, 2009), From Uni-polar To Tri polar World: Multi-polar Transition Paradox (Academic Foundation, 2009), Propelling India From Socialist Stagnation To Global Power (2006), Accelerating Growth and Poverty Reduction – A Policy Framework for India’s Development (2004).

Mahima Sharma is an Independent Journalist based in Delhi NCR. She has been in the field of TV, Print & Online Journalism since 2005 and previously an additional three years in allied media. In her span of work she has been associated with CNN-News18, ANI - Asian News International (A collaboration with Reuters), Voice of India, Hindustan Times and various other top media brands of their times. In recent times, she has diversified her work as a Digital Media Marketing Consultant & Content Strategist as well. Since March 2022, she is also a pan-India Entrepreneurship Education Mentor at Women Will - An Entrepreneurship Program by Google in Collaboration with SHEROES. Mahima can be reached at media@indiastat.com